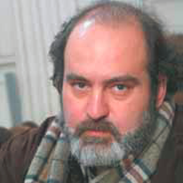 
Alexei Lidov is a world known specialist in Byzantine iconography, Eastern Christian sacred images and theory of art. Lidov is the founder and director of the Research Centre for Eastern Christian Culture in Moscow (since 1991) and the Director of Research of the Institute for World Culture at the Moscow State University, and an academician of the Russian Academy of Arts (elected in 2007).

Lidov’s studies in Byzantine iconography, miracle-working icons and relics allowed him to develop a new research field of Hierotopy, in other words, the making of sacred spaces and the historical research that defines this special form of human creativity. Hierotopy spans the traditional fields of art history, archaeology, anthropology, and religious studies, but coincides with none of them. The concept of Hierotopy has been developed in Lidov’s monograph Hierotopy. Spatial Icons and Image-Paradigms in Byzantine Culture (Moscow 2009).